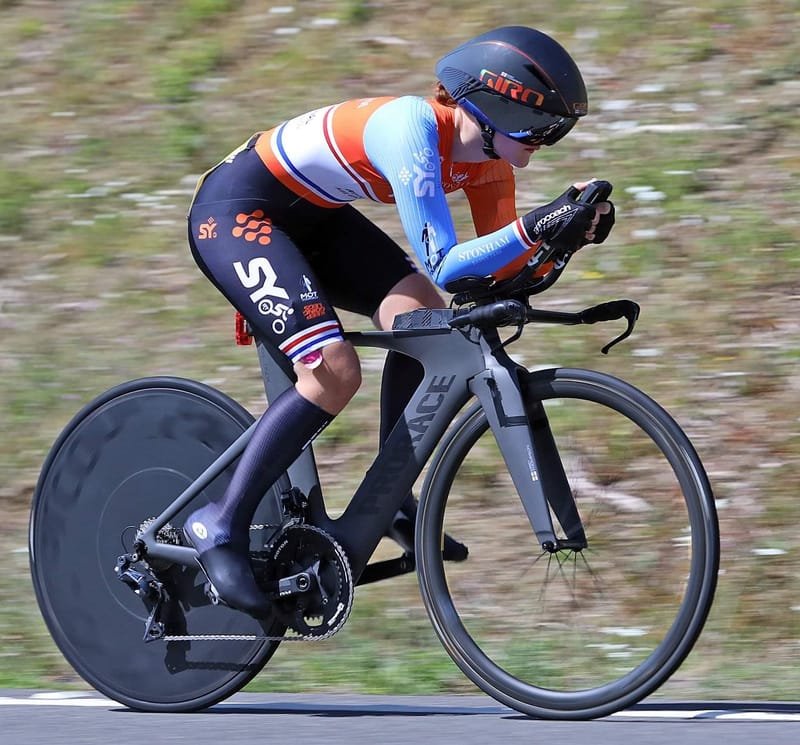 During the 2023 season, local racer Abbey Thompson will provide a training and race day diary.

Last week I had a week off school with a bad virus and that meant barely training at all. On Saturday I was a bit better and I went out on my Cyclocross bike that doesn’t look like a CX bike anymore. It’s got more lights on it than a Christmas tree. I have two rear lights, two front lights, one that lasts for ages and one that has two large battery packs that lights up the road better than most cars. The bike that is carbon now weighs over 10Kgs. Dad thinks that’s a good thing and will make me work harder on hills.

Time Trials are around the corner and the team has its first race in February for fun, then we have the next one later in March.

I am still racing at the Track League at the Olympic park on Thursdays, and I go to the Regional School of Racing every other Sunday.

I’ve also been leaning about the bikes especially the track bike and I’ve been taking things off, putting them back on and learning how to use the tools.

I haven’t seen many cyclists on the road this year, probably because its so cold. I hope to see more as it gets warmer and hopefully go on more group rides.

Last week We focused on strength and core mainly and crammed in a few intervals before I went to the CTT Awards Dinner in Daventry.

It was very exciting to have Michael Hutchinson a very famous time trialist and Denise Burton, Beryl Burton’s daughter doing the presentations. 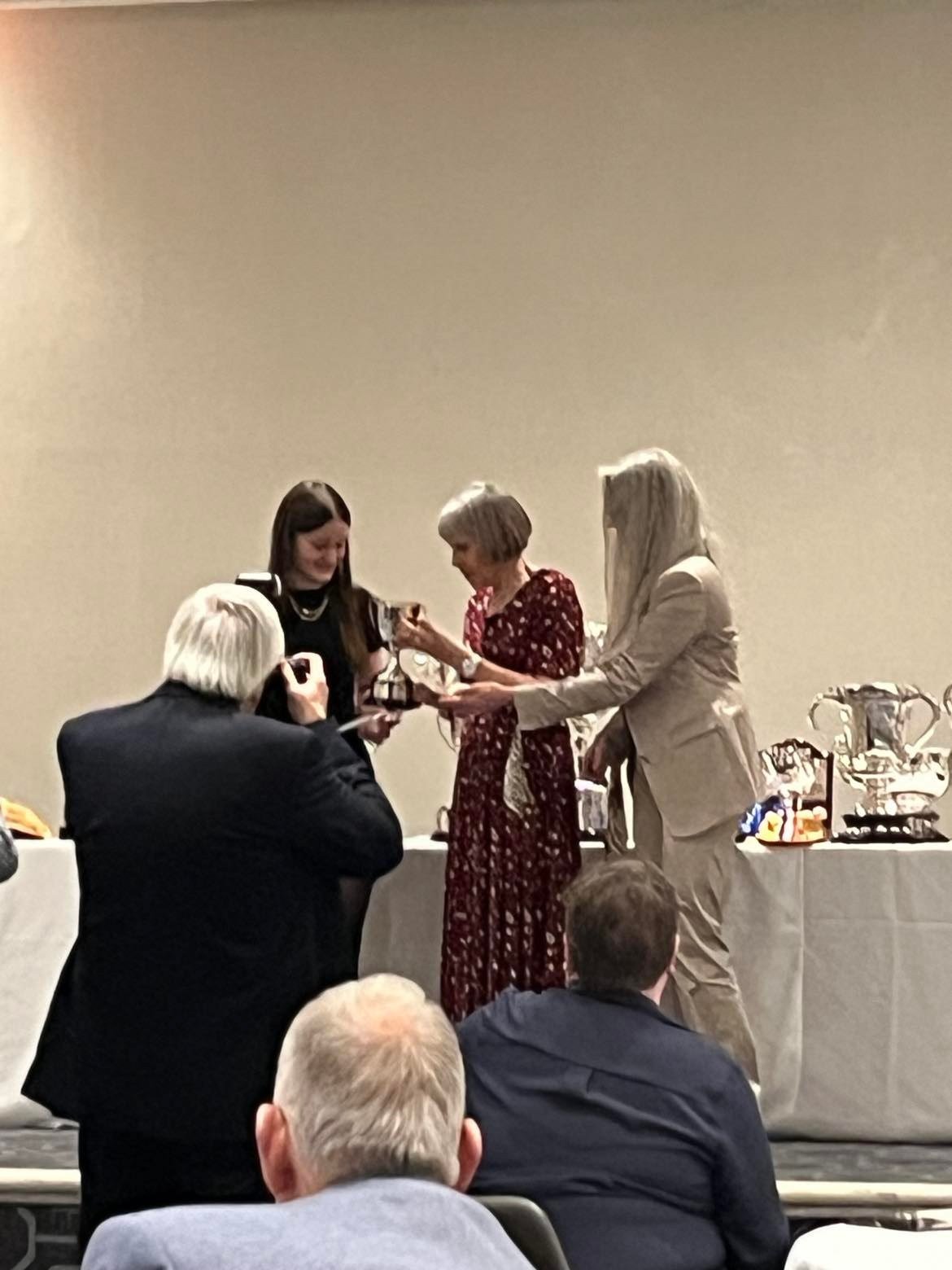 I won the Junior Champion of Champions again, junior BBAR, the National Junior 25 title, the Merlin Series Champion, Circuit Champion and more. Considering how Covid had affected me last July, I was happy with the awards. 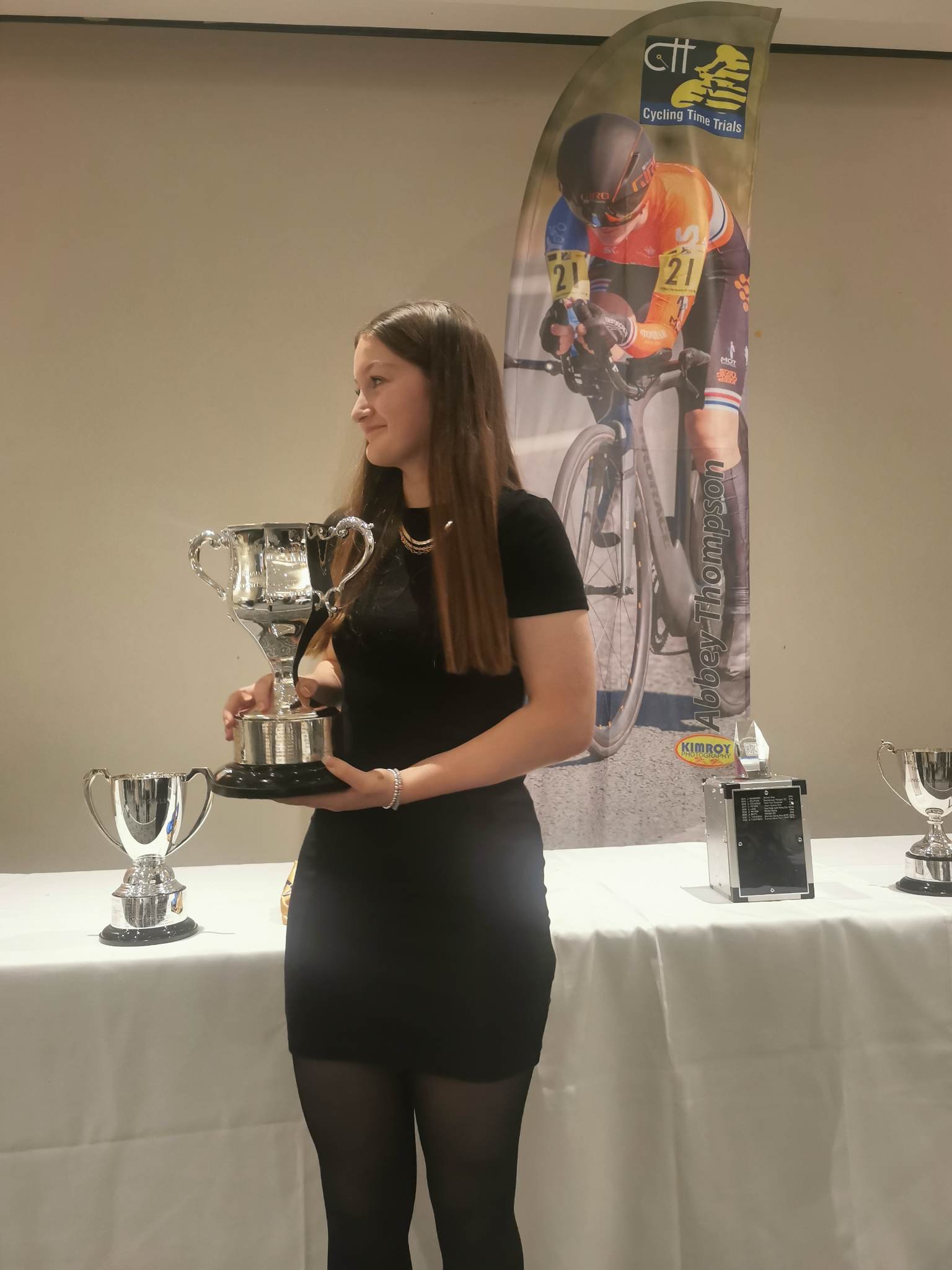 I will try again this year, but it will almost certainly be getting harder with each year, especially as GCSEs choices are here and I know the next few years at school will be tough.

2022 was an eventful year. It all started with not knowing what events we could and couldn’t do. The calendar was unclear from the start, but as the year went on it became clearer that CTT events were much easier to identify the ‘A races’, so we mapped out the season looking for CTT national championships. I felt I did alright until July when I caught covid. My power dropped by 10% and it took all year to get my power back.

This leads us into 2023, where my Christmas and new year training went slightly wrong, as my whole family except me caught covid. I’m only allowed to ride alone locally as anything could happen when I’m on my own. Everyone is getting better now though and I’m starting to do longer zone 2 base miles.

This week is going to be quite an extreme one, because I need to get in enough base miles before next weekend, because I’m going to the Champions Night Lunch in the Midlands. I think I’ve won some championships through 2022 but once I get back from the Champions Night event, I’ll do another diary entry including what happened there. 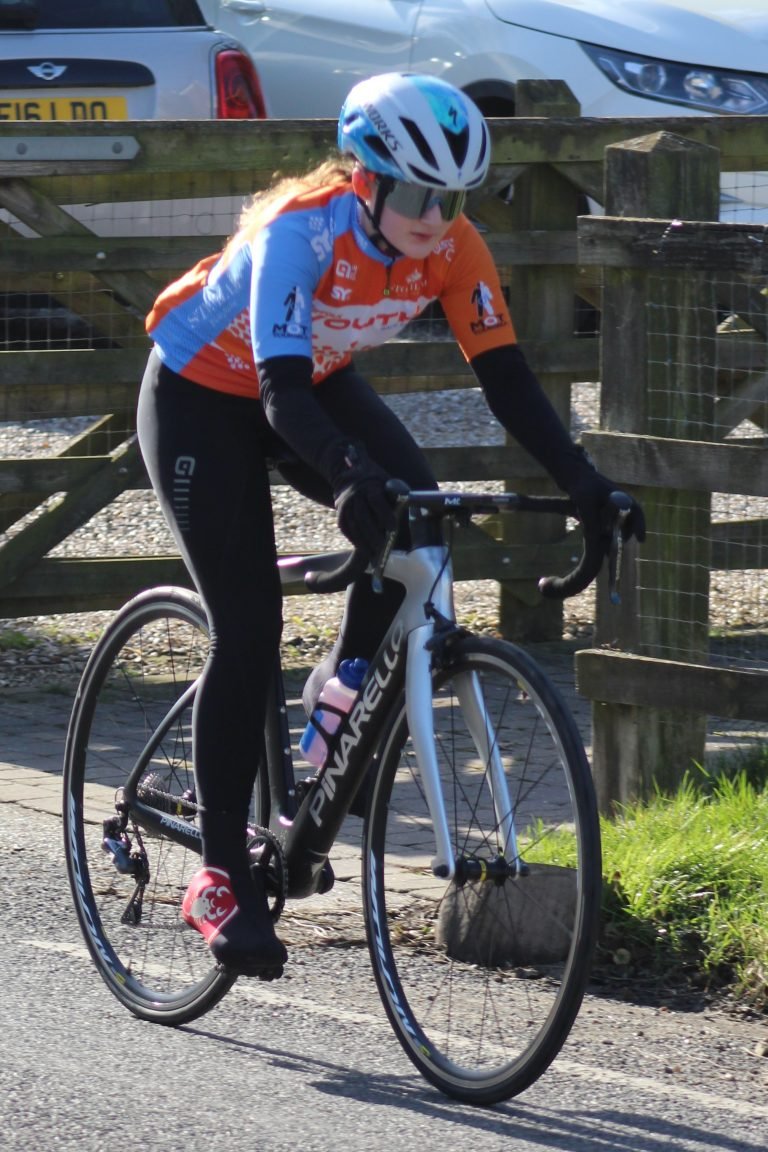 Today I raced at the RTTC national 25 mile championships. We woke up at 5:30 am to get to the race. It wasn’t the  fastest day or course but I managed a 1:12:04.
Dad and I drove up to Devon yesterday for the national 25 championships. I was about 9 minutes slower than my PB, Although most people were slower than their PBs on todays course. 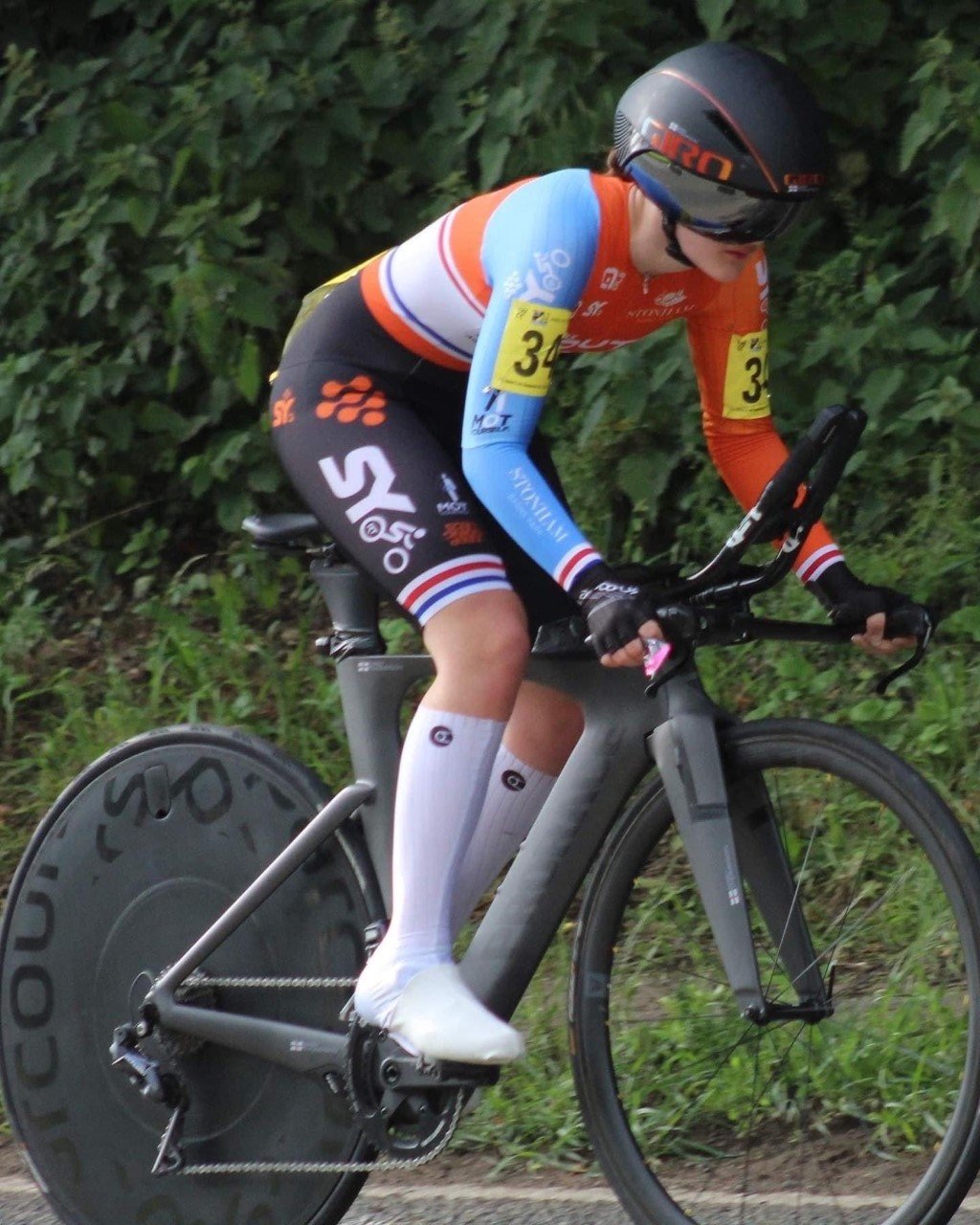 It was quite windy in places but it was warm as well.
The girl who started 1 minute before me, I caught 3 miles into the race and stayed ahead of her.
The only place she usually gains on me is down hills, so I tried to stay away a bit.
There were some long hills and headwinds , and I slowed down thinking I took a wrong turn but it was half way.

Although there wasn’t much competition, beating someone almost 3 years older is pretty decent so I'm pretty happy to have the national champion jersey, hat and medal as well 🙂 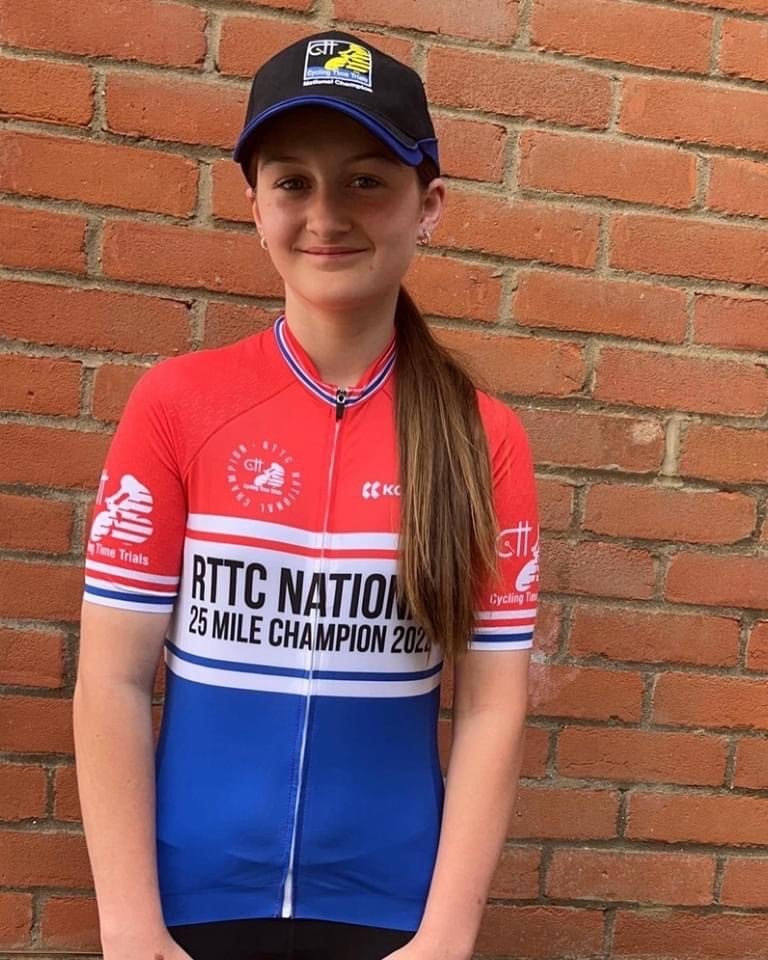