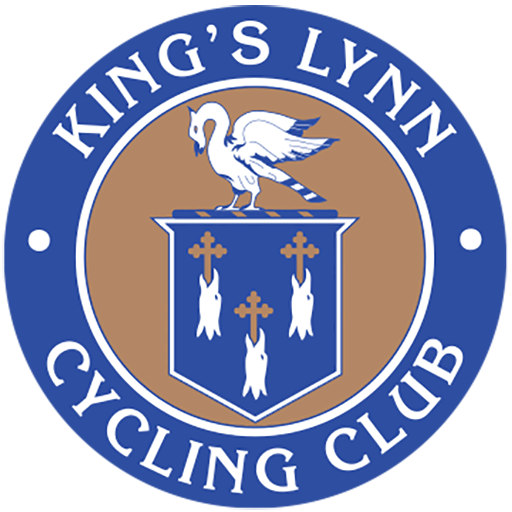 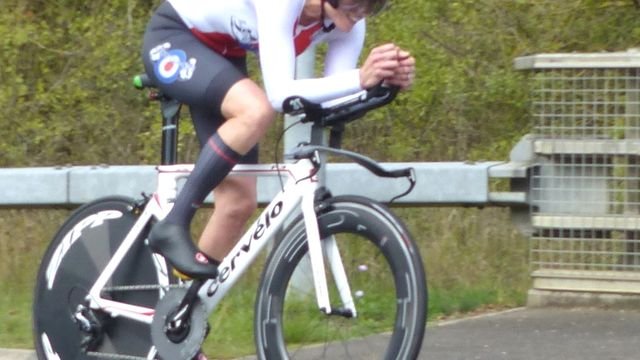 Verity Smith summed up a general feeling at the King’s Lynn Cycling Club Spring 25.“It was a great feeling to be back time-trialling again,” she said. The Loose Cannon’s Conditioning rider quickly followed that with mention of the strong crosswind and the open nature of the Fincham-to-Mundford and back course.

Time trialling’s “Alone and Unassisted” ethos, with riders starting at minute intervals, makes it well suited to current circumstances. King’s Lynn CC showed that even though unable to play their ace card, the club’s much-relished cakes, they are star promoters with not only corners but potholes marshalled. 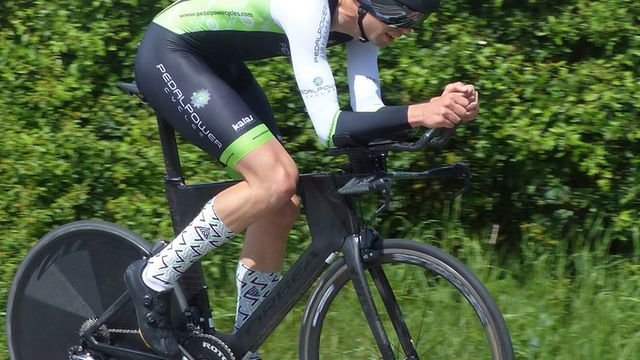 There was nothing the club could do about the wind, however, which was particularly tough on the final few miles. Eventual men’s winner Ross Fawcett (Orwell Velo, 52:55) deliberately held back on the outward leg and was pleased to see from his power meter that he was “doing more watts” on the return. At the finish he had 21 seconds in hand over Norwich-based roadman Steven Parsonage (Richardsons-Trek), and one more second on third-placed Josh Wallis (Spalding CC).

Top man from the promoting club was Jamie Sparrow who was seventh in 56:33.

Women’s winner was Cambridge post-grad student Anna Harrison (1:03:22) from triathlete Davina Greenwell (Plomesgate CC, 1:05:04). Verity Smith was third in 1:06:02 after dropping her chain at 17 miles and having to stop to re-rail it.

What was is like to ride this road for the first time? 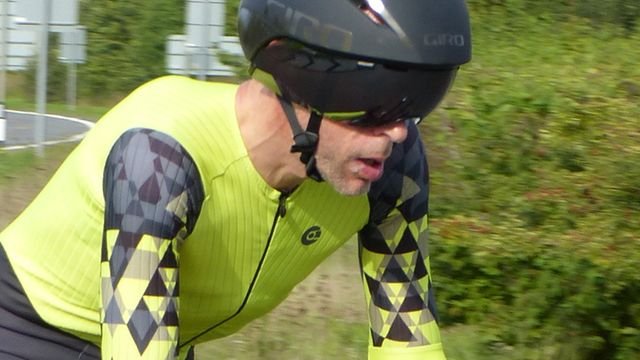 Andy Newham – 59:59 on his first visit to the Fincham course - Credit: Fergus Muir

Course newbie Andy Newham described how you needed to watch for gateways and hedge-gaps where a sudden crosswind can catch the front wheel. He said there was much to be learnt on how and where to “lay down the power” and the need to save something for the final rising two miles where competitors on Saturday faced a block headwind.

Newham (59:59) summed up the course as “as “Honest, agricultural and interesting” – and one where good seconds can be gained after multiple rides.